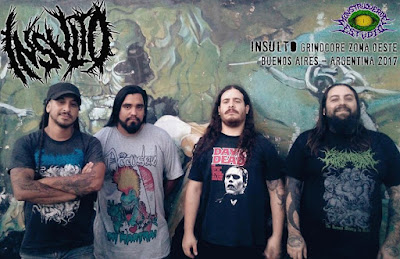 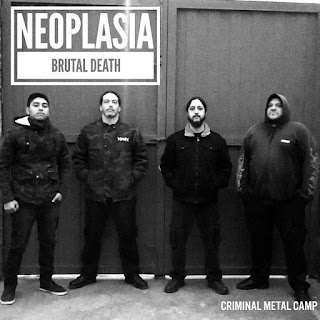 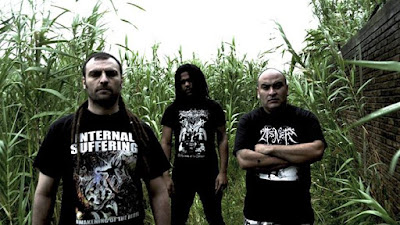 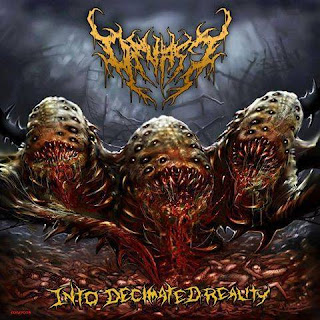 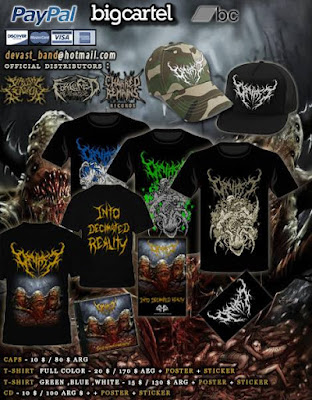 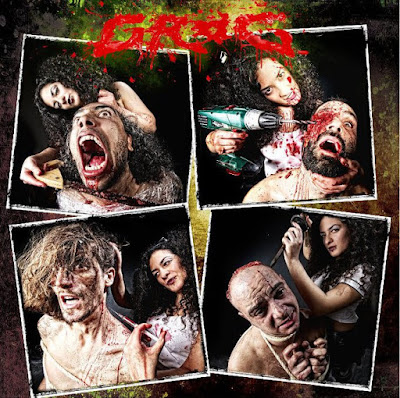 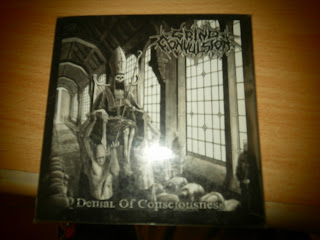 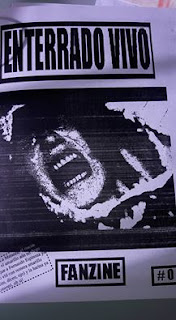 I must confess I had never interviewed a band that has two vocalists with hair curlers. Let's see what answers Maarten and partying combo Kaasschaaf Party Grind from Holland to the world by Revelaciones Fanzine.
Welcome to our pages. Thank you very much for your time.
-Maaten: Thank you Ariel, for having this interview with us! It's very much appreciated!
-How Has been the recent UK tour?
-Maarten: It was insane, really. We played some sick shows in Glasgow, Newcastle and Manchester. 2 shows we were accompanied by our brothers in Grind of Party Cannon who play Brutal Death Metal or Slam, these lads are all good friends and next februari we have the 3rd tour in a year with these guys, and we love it! The other bands was Black Skies Burn, from England
- How it has been its inception in Death Grind? What was your previous experience as musicians?
-Maarten: Our guitar player Thomas and our drummer Bas played in a few local bands from Arnhem before, local acts like Blaszkowicz and De Grote Boodschap. Maarten and Sjors didn't play in a band before and just wanted to make the mix between Grindcore, Goregrind and Slam. I think you can call it Death Grind, or whatever. We prefer the term Party Grind haha, but we just made that up because it sounded great. No really, we just make the music we feel to make at that moment, there are no boundaries, if we want a song with polka, we play polka, if we want blastbeats, we put some blastbeats in it, if we want to have a slam or breakdown in the song, we just do it. That's wat makes Kaasschaaf a great concept in my opinion.
- What is the translation for the Spanish language for Kaasschaaf Party Grind your name and what is the concept that encompasses your name? Bailongore, party and uncontrolled fun.
-Maarten: Well, actually i don't speak Spanish at all, except just a few words(like puta and cabron...) but Kaasschaaf is the Dutch word for Cheeseslicer. This instrument is used in some desolate parts of India to have the women circumcised, which is a really sick idea, specially when you think that every family got a cheese grater at home. At least, in The Netherlands everybody has a cheese slicer, but i think we're called cheeseheads for a reason...
Revelaciones - You're in the ranks since 2010. You can count on the demos and split shared with Sickening Entertainment?
-Maarten: It was our first release in the line-up we still have today, Thomas, Bas, Sjors and Maarten, and you can see it as a little milestone. But, after listening a few times to cd, we all knew we could do better, way better, which ended up in recording "Punanidectomy" in the end of 2014, which we released independantly. It was recorded, mixed and mastered at the IndiePinda studios of our drummer Bas, so we had plenty of time to work on it. I think we can all say we are very proud to have our own first release and we love the cd, the artwork(thanks to Andy from Paradigm Bodyart, Arnhem) and the sound. But still, after listening to it for a few months, we are truelly challenged to get an even better CD next year!
Revelaciones -It is happening in your area Arhnem, Gerderland? streepers clubs, concert venues Death Grind Crust? Crossing point tours, gathering phenomena (freaks) seen in festivals open air?
-Maarten: Well, in Arnhem there is a great metal scene, it's the Black Metal capital of the Netherlands and have almost every week a metal show in town. Grind is not as easy, because the fans come from around the region. I'm also the organiser of Grindfeast(www.grindfeast.nl) in de Willemeen, Arnhem(www.willemeen.nl) which is Indoor Grind festival of 1 day. We got great bands like Holocausto Cannibal(PORT), Rectal Smegma(NL), Wormrot(SING), Ultimo Mondo Cannibale(IT) and many more playing at our fest. I hope we can go through with it!
Revelaciones - I've only heard the EP and is in very good sound. Excellent and addictive to hear again and again. What the previous material sounds? Does it correspond to the same session of the EP? That is the EP is a compilation or a new session with experience, greater economic budget change recording studio and perhaps new members.
-Maarten: No, the EP has some old songs and some new songs. For example, Fistfuck, Wrist Stuck and Bloedpoep were written by the old line-up when we first started, after Thomas and Bas replaced our old musicians, we transformed thesesongs to a more groovy and gory sound. But on "Punanidectomy" there are also songs who are written when Thomas and Bas joined Kaasschaaf. Songs like Assepoes Wat Doe Je Nou!? and Off Roady are written by the group who is now Kaasschaaf, anno 2015/2016! 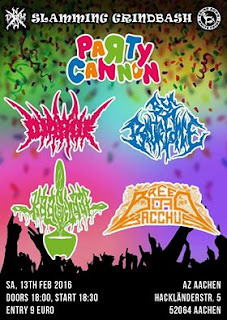 Revelaciones - Which it is good news for the new year for the band?
-Maarten: Wow, that's a difficult question, we had lots of good news in 2015 actually. We started with the release of our EP in the beginning of februari, to promote this EP, we did a week tour with Party Cannon(UK) through the Netherlands, France and Germany. In that tour we did some great shows alongside Gutalax(CZ) and Cuntemonium(GER) to name a few. After that week, we had to recover from all the alcohol we had in our body. From march to november, we did some great shows in the Netherlands, Belgium and Germany as well, playing some festivals and nice venues. We made more and more friends in our Grind family and saw old buddy's! In november, we embarked to the UK for 3 shows, in Glasgow, Newcastle and Manchester. This was a total blast, we really love the country, and especially the people who lived there. We never saw so many drunk Metalheads in such a small venue in Glasgow, everybody was totally wasted haha. To end 2015, we are playing Butchery At Christmas fest in Covilha in Portugal, i think that's the best way to end 2015 for Kaasschaaf haha.
Revelaciones - Where can you buy their EP "Punanidectomy" remain an independent digital edition How to assess new technologies applied to music as a platform and dissemination of it?
-Maarten: Well, you can buy the CD or EP by sending a message to our Facebook page(www.facebook.com/kaasschaafpartygrind) i check that page every day and will take the orders. We are working on a proper Paypal account but we will do that later this year. You can also order beautifull 100% Dutch Party Grind shirts btw!
Revelaciones - Start with the theme "Off road" is of great level of intensity and enthusiasm to capatar the listener to continue listening to the issues that will come. All topics are very addictive and generates the intension to hear again and again the Ep. What does the introduction about the treatment of homosexuality in some African country theme "Fisfuck wrist stuck"? Language barriers do need to see about this. Excuse my ignorance (laughs).
-Maarten: Hahaha, we love to put some intro's and sample in our songs. We got some Dutch samples as well, but i don't think many people will notice it haha. "Off Roady' is a story about our other singer, Sjors, who was going to DeathFeast open air in Germany, but the person who drove the car(who was our roady back then) took a very dangerous decision on the highway and the car ended in the bank of the highway!
The intro of "Fistfuck Wrist Stuck" is a parody to see how stupid some people can think about certain issues, don't get me wrong though, we don't want to make any political statement in our music or what so ever, but if you really believe that gay people are the devils of this world, you're just fucked up. It's normal in the Netherlands, and i think everywhere in western-Europe, that gay people can be publicaly gay and nobody cares, they have the same right as every other person and are accepted in our culture. 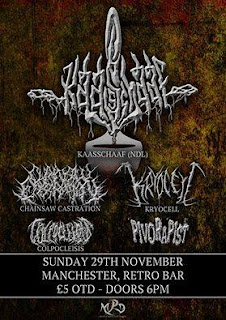 Revelaciones - How is your area regarding unemployment levels and slave labor of women, children? Does the European Union and its currency are working properly? What comes to know the rest of the world? They have critical opinion about the power of the media monopolies linked to building their parallel reality according to its class interests?
-Maarten: Wow, i'm sorry, but as i said before, we are not a political band, we don't make any political statements. We just play our Party Grind, drink booze and have a lot of fun with all our "Grind Family", that's what Kaasschaaf is all about, just Party and Dance to some Groovy, Grind tunes. I understand why some bands are being political though, but it's not that we have a lot to complain about in the Netherlands...
Revelaciones : First world. Good life, few conflicts. Peace and party.
Revelaciones - Do you want to ask me a question?
-Maarten: Which awesome festival in South America we can put up a show haha? We want to spread our grindy and groovy tunes all across the world!
Revelaciones- Well ... here we have festivals like Combustion Fest, Gutural Forest, Carnicería Extrema, Blasfemo y Podrido, Aquelarre , Criminal Metal Camp and some more. Extreme local scene is having a good time with great talents and support people. The number is small and the distances are great but the work is real. and I hope to continue this path of work, self-management away from the corporations.
Final Message, thanks again for your time and your interest in given to dissemination.
Por: Ax Tx.
Publicado por Ax Tx en 4:32 No hay comentarios: 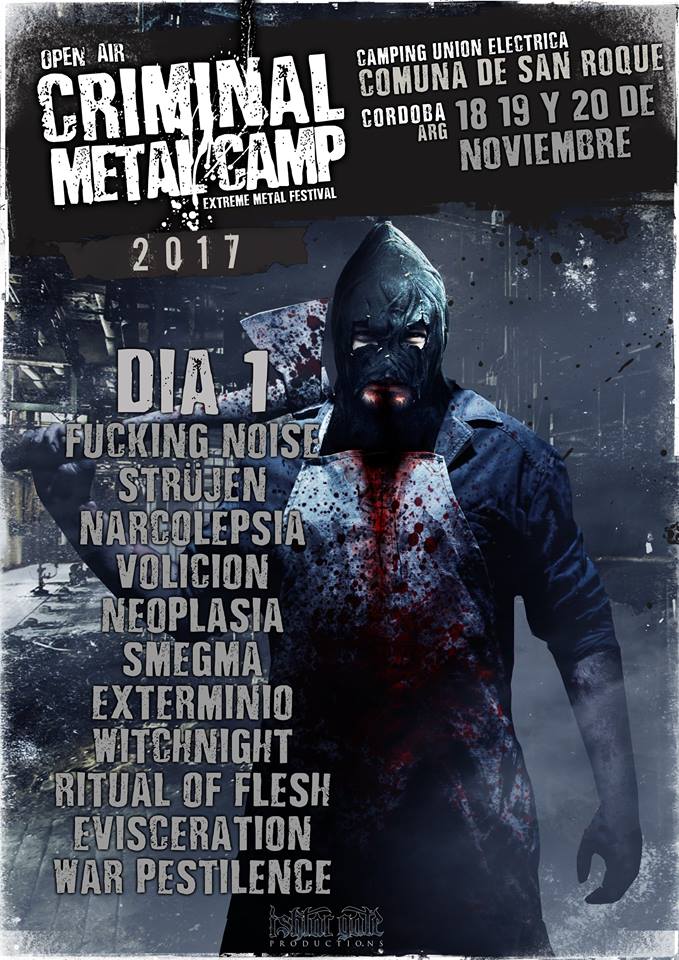 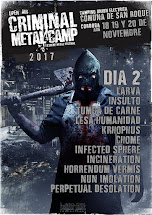 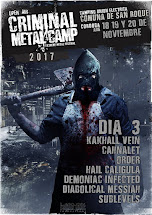 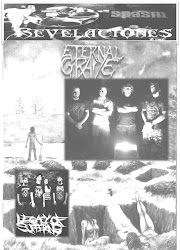 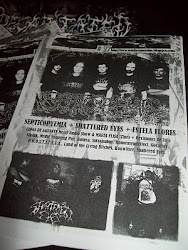 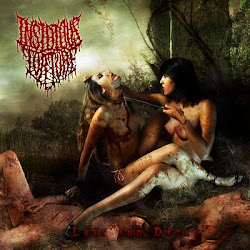 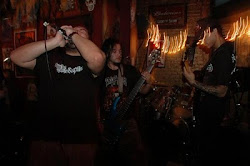 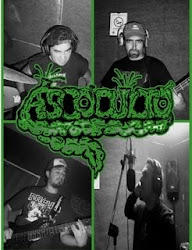 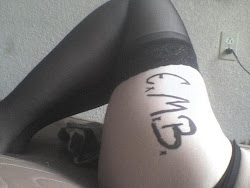 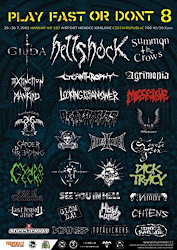 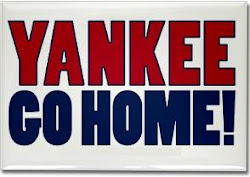 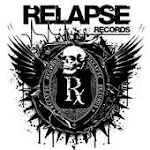 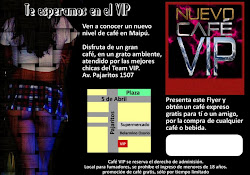 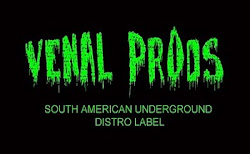